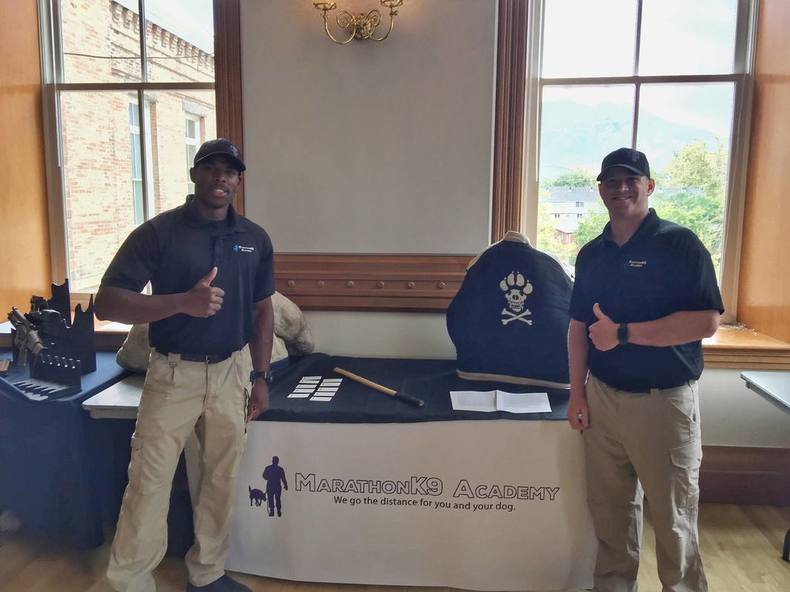 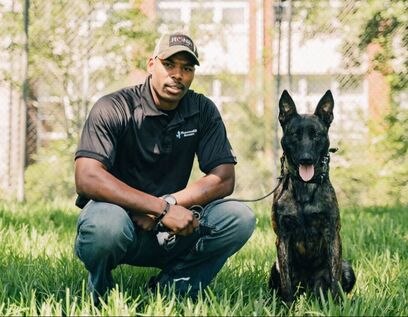 Clover has a BS in Captive Wildlife Care and Environmental Education. He contracted for the US Army and spent time working the medical aspect of military working dogs as a veterinary technician at Schofield Barracks, in Hawaii. He took to studying more on obedience work and earned his certified dog trainer certificate. He didn't just stop there as field experience was a must, so he apprenticed underneath one of the island of Oahu's top trainers and built his own client base. He learned to work personal protection canines, and developed an ability to read a dog and manipulate drives to reach certain outcomes and goals. During his down time away from MWDs he hovered around the sport world in Hawaii. He picked up some aspects of that could be applied to training street dogs before he left Hawaii. He became a police decoy under the tutelage of the staff at RightHandK9, in Utah, who train and sell dogs to departments across the country, and started working as many dogs as he could. He traveled to seminars and he learned theory and practicum as to how and why certain methods are used. He compiled all that he's learned into a variable method that can be used to strengthen the trust between a dog and their owner whether they are a K9 team on the street or deploying, or a person and their companion as home. And thus, MarathonK9 Academy, LLC. was born! Three years in Colorado Springs led to much success for MarathonK9 Academy, with two years nominated as Best Dog Trainer. Now, in North Carolina, he aims to bring people closer to their pets through obedience work, personal protection, odor detection, apprehension/building search for law enforcement and more! He owns a Belgian Malinois, named Shira, whom he has trained in personal protection and narcotics detection, a Dutch Shepherd, named Uhtred, currently prepping to compete in the 2020 Protection Sports Association trial season. Clover constantly aims to improve himself to provide a quality service for civilian, military, and law enforcement personnel. MarathonK9 Academy, LLC is fully insured.

MarathonK9 Academy has had the pleasure of working with dog teams from: